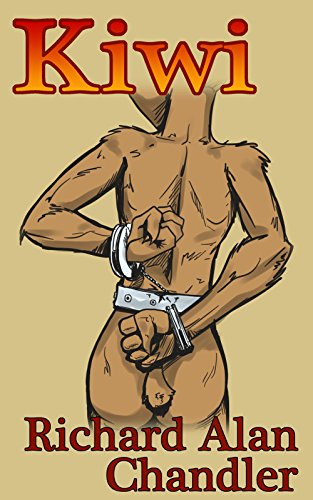 Only a week after I uploaded it – although to be honest, they say each time you go through the submit process fixing other things, it restarts the queue on cover updates….

I had to have a new cover. The original “Eyes in space” cover, supposedly meant to signal SF (The space) and Telepathy (the glowing eyes) really didn’t tell you crap about the story.

My friend Sebastian worked with a simple idea I had and then after a few rounds totally blew me away, exceeding my original imagination. I wanted to show the alien character, and I wanted to show the prison situation with her. And yeah, it’s meant to be a little sexy, if you’re into that kind of thing. Which of course is a signal about the contents to those who are into that kind of thing, and a warning to those who are not.

Even the reviewers picked up on that. And of course, everyone’s least favorite internet troll insulted it as “Fifty Shades of Blue” because he can’t tell the brown Al-Natiri from the Na’vi. I wonder if I should try to use that as an editorial review entry….

Now if people would spend a buck to read it, I’d really be happy.

If you expect to go on Amazon and just make a change and have it happen, don’t. It will take agonizingly long.

For example, I put up the new cover for Kiwi at around 4 am on the 23rd. and instead of the usual 12 hours they claim is the average, I finally got the notification it went live around Noon on the 24th, so let’s call that 30 hours.

But that is NOT the end of it. Amazon is not just one big system, but a monster web of systems, all interconnected, and like pushing a whale off the beach, you can’t move all of it at once. So for example, when I looked at my product listing, it still had the old cover and the old description, but the Look Inside preview showed the new cover and updated front-matter. But I can’t refresh my Kindle and get the new version yet, so I have no idea what’s going to happen when it goes up for free tomorrow through Saturday. And who knows how long it will take for embedded ads to update, if ever. (WordPress, in particular, seems to cache its own copy of the image, I discovered, with no way to force it to update).

But even worse, I deleted Kiwi from my kindle archive/library and bought it anew, and I got the old version. Oddly, my laptop mentioned it was getting an updated version, and for a good five minutes it had the new cover (in the book, but not in the library) before it too reverted to the old version, probably because of my purchase.

Oh, did I not mention? I have a Free Promo running Thursday (Christmas) through Saturday. I wasn’t going to announce it until I made the update, but now, who knows when that’s going to happen.

(Update: Amazon answered my query very quickly, reassuring me that new purchasers will have the new cover, that it may take a while for it to show up in the product description, and she manually pushed the update to my library. Apparently there is no way to force this oneself. So Kudos to Amazon support in this case.)

Currently, Dr. Mauser: Red on Red is on hold, because I’m a bit more captivated with the idea of turning Necessity into a full length fantasy novel, under a new title: Necessary Evil.

I was recently given new cover art for Kiwi by my friend Sebastian, so over the Christmas holiday I’m going to work on getting that uploaded with an improved book description.